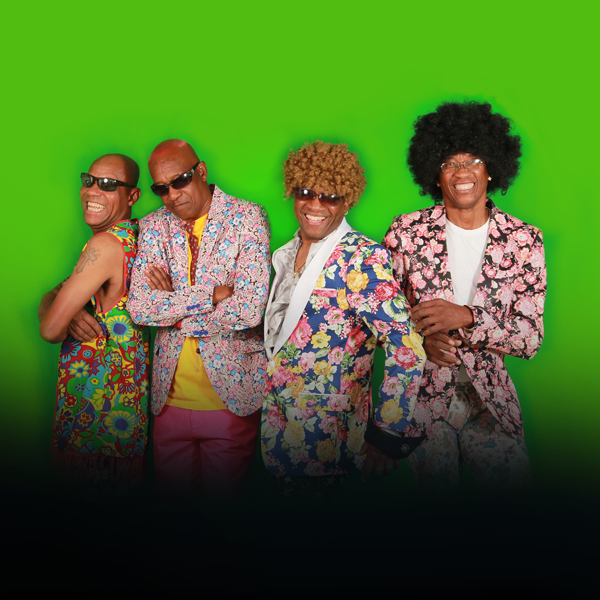 The band was formed in 1984. The original line up included three brothers and a Nephew all hailing from the village of Potters — Toriano "King Onyan" Edwards (vocals, guitar), David "Bubb-I" Edwards (vocals, bass), and Clarence "Oungku" Edwards (vocals, keyboards) — along with drummer Rone "Foxx" Watkins. The three brothers had previously worked together as buskers, and Clarence and Toriano played in Arrow's backing band. The band participated in the 1985 Carnival with their song "Stiley Tight" which won the Road March and was issued as their debut single in 1986. They went on to have international success in 1989 with "Workey Workey", which was also later covered by Byron Lee & the Dragonaires. They zouked it out further in 1990 with "Chook and Dig" and shortly afterward were anthologized on a Mango release. The band signed for Mango Records in 1991, releasing the album Dig “The band represents the epitome of the high-energy, multiple-influenced, synthesizer-driven soca bands” - Gene Scaramuzzo (All Music.com)

‍
Burning Flames as a band has won the road march a record 17 times. From 1985 to 2000 they won an unprecedented 12 times. The band underwent many changes in 1997 when Toriano “Onyan” Edwards embarked on a solo career as King Onyan, going on to win four Calypso Monarch titles, eventually leaving the band. The other members recruited vocalists Bryan Fontanelle and the Trinidadian Onika Bostik. Bostik died on 19 December 2004, due to injuries
sustained in a car crash on 11 December. The following year lead singer Oungku left Burning Flames after winning that year's Carnival Road March with the single "De Harder Deh Come", and formed a new band, Red Hot Flames. In 2006, original band member Onyan rejoined with bass player and vocalist David "Krokuss" Edwards, also known as Lord Satellite and in 2007 won the Road March with the popular song “Papi”. The group after years of rivalry put their
differences aside and rejoined as a group once again in 2015 when they had a Reunion Concert at the YASCO sports grounds on July 17th. Since then they have been on constant tours in the United States, Europe and the Caribbean.

Since the band burst on the scene in 1985 to present (31 years) a member of the Original Burning Flames has won the Road March title 21 times.

During the band’s time the band became a fixture in Antigua’s Carnival with their ever Famous ‘Lions Dances’ at the Lion’s Den. Patrons would be entertained for hours until the following day in most cases. It was excitement as locals and tourists alike, ‘wet down the place’, ‘mash up the place’ and even made a human train all in good fun. The band also was famous for the performances at the Country pond area known more popularly as ‘Jam Pond’ and of course for
being the band on the road in J’ouvert that would make you jam from St’ Johns all the way to Potters and not even realize it. Known to always ‘mash up the place’ The Burning Flames have carried their incredible hype all the way to Far east with performances in China and has been accused of mashing up Eastern Parkway at the Labor Day parade in New York. Since the reunion in July 2015 the band has been travelling extensively to the USA and the Caribbean. In 2016 after performing at Atlanta’s Carnival the band received a proclamation of the keys to the City and returned to Atlanta’s carnival in May 2017 where they were once again given the real keys to the city. This award given to The Original Burning Flames was a first by any Caribbean band or Artist. The band has step up the tours in 2017 after performing at St. Kitts Music Festival, Miami, Atlanta, Dominica, St. Lucia, St. Thomas and St. Maarten carnival in
2016. The band has just completed tours to Atlanta, St. Thomas and Birmingham England and was also the musical highlight at the Energy Expo in Astana Kazakhstan in 2018.

The band was scheduled to tour Canada, Atlanta, New York, Belgium, St. Lucia and The Virgin Islands this year. Due to the Covid-19 Pandemic, all tour were put on hold for the rest of 2020.
The Original Burning Flames continue to burn with only the Sky as its limits. 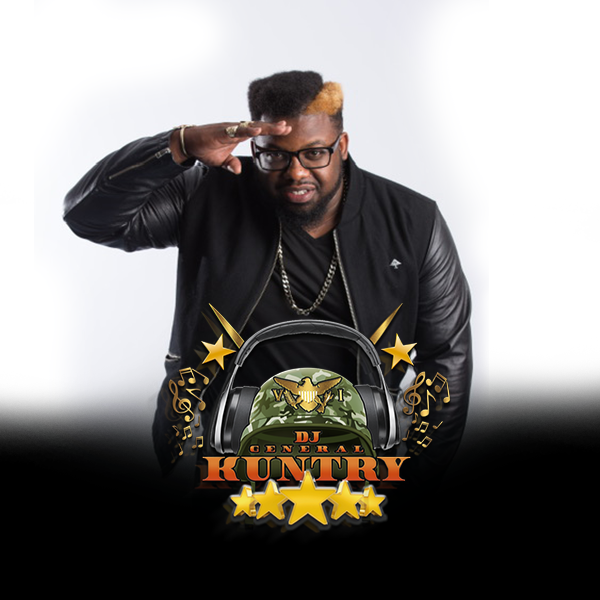 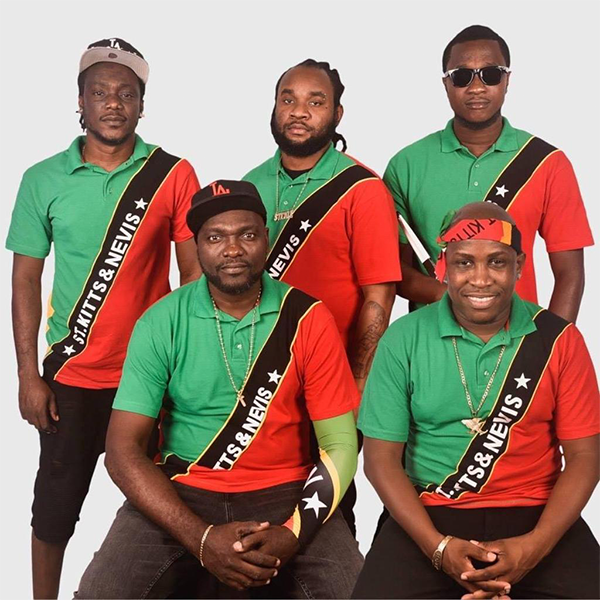 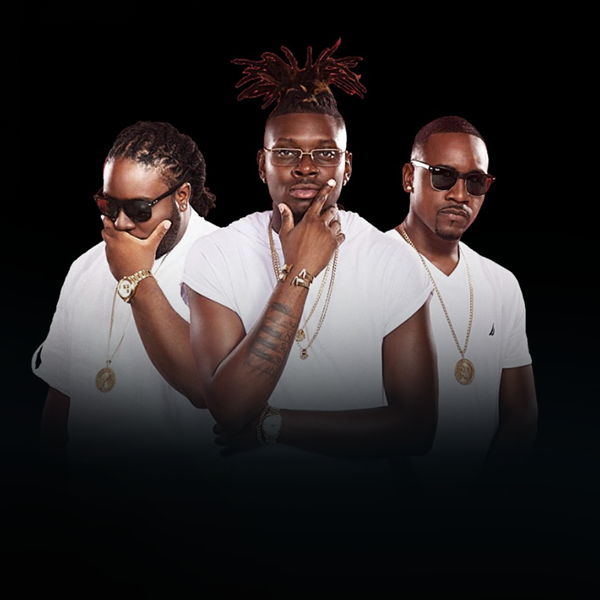 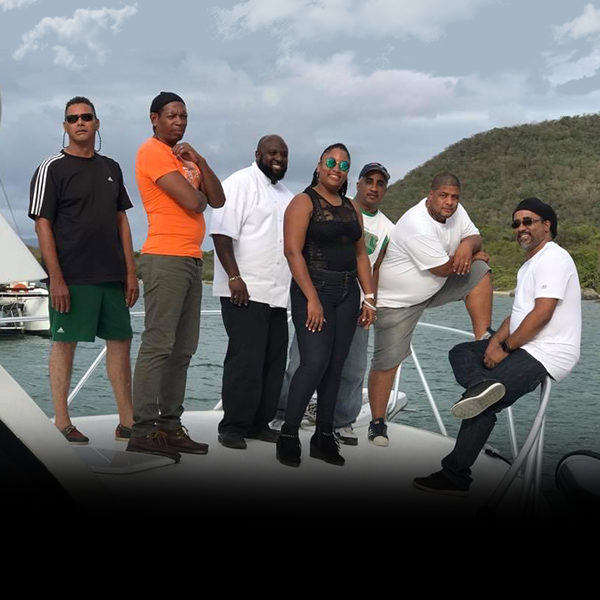 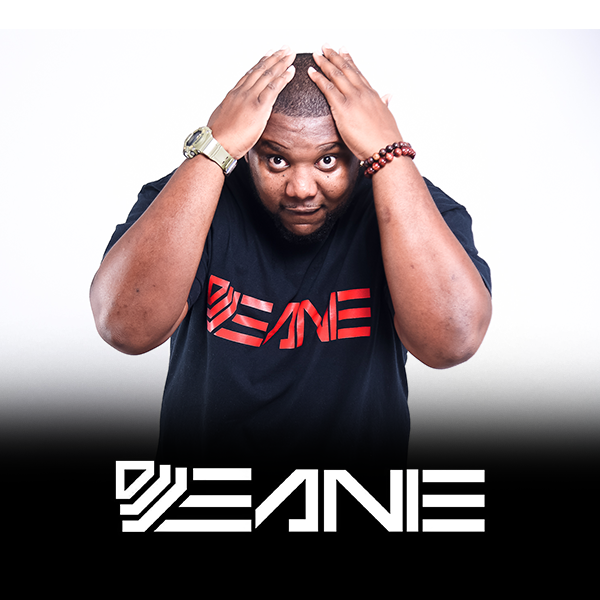